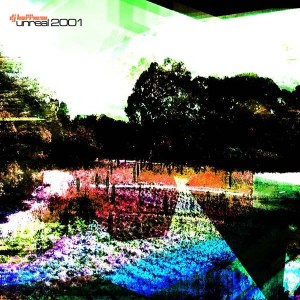 It’s been 10 years (at least) since Hoffman, aka Dreamfish, aka Hydlide, was hanging out on the UK Amiga .MOD scene with h0l, Subi, Twilight, and a whole bunch of the other Mono founders. It’s been 5 years since the first ever release on Mono was a remix of “Time Slip” by Hoffman. It’s been 4 years since the release of the original “Unreal” .MOD (grab here), a truly kickin piece of supa.loop.led d+b action on Mono211.

And now, the present day, whereby the still.got.it Hoffman gives us “Unreal 2001”, a radically gorgeous break-filled reworking of his ’97 .MOD classic. Nine minutes of madness later, you’ll see why we wanna be releasing stuff by Hoffman in another ten years. God, did we mention we feel really old about now? We’re going for a little sitdown whilst you witness the smartness of the music doing the talking. Yum. Yum. Yum.