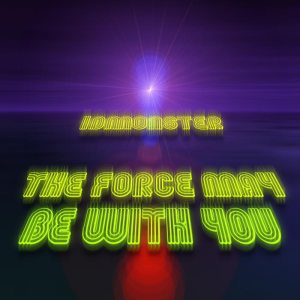 After his first release as Pendle on our sister label, Mono211, the UK-based former Butterfly Child bandmember and now TV/film/advert soundtracker returns on Monotonik via his Idmonster pseudonym (id? idm? definitely monstrous!) And it’s not just a slight return, either.

“The Force May Be With You” is a truly divine track, starting in a sea of disembodied voice fragments and cosmic chord co-location, before adding layer on layer of pastoral strings, theremin (?), and jittering that percussive speech over and over, like instant transportation between thousands of conversations every second.

And sometimes it sounds a little like the most laidback air-raid siren in the world ever, cranking up. We like that.