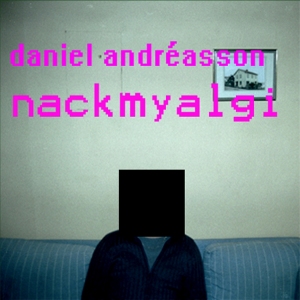 Daniel andréasson enters the realms of Candy Mind with a suitcase full of mixtapes, a French phrase book and a bunch of other things that we are not allowed to mention here.

He has recently escaped his everyday life as a…ok, well we are not allowed to write about this either so…

Well, let´s just say that we found him wandering about our neighbourhood and then we…no, sorry, STOP – we´re in deep water again…this is too much to write about even for us…

Hmm, you know what? We had better let the music speak for itself.

1. TITTA
When night falls and the sky is clear, Daniel lies down on the lawn to watch the stars glistening far, far away. Is there anybody out there? Do they have green lawns and crimson sunsets just like us? Do they grow carrots and race around their worlds in metal cages? Do they work or are they also on the dole?

2. LOST
One day Daniel woke up to find that one of his favourite sombreros were missing. After eating his breakfast and reading the morning paper he went out looking for it, but got distracted by a butterfly and the beautiful hat was lost forever.

3. SYTTALÖR FEAT HZ
When nobody is watching, Daniel pulls out his traveller´s phrase book and starts to write naughty poems in French. It turns him on and he just can´t help it.

4. SUMMERSHY
Once during the summer in Sweden, Daniel felt very shy all of a sudden. He locked the door to his secret chamber and didn´t come out until four years later when he ran out of food.

7. AIRBAGSONG
It is time for Daniel to tell us a exciting story about his working with airbags. Perhaps you are now thinking that you already know all you need about airbags, but we can assure you that this is not the case.

8. CITRONEN
Daniel is wellknown for his citrus lemonade and if you ever get the chance to meet him be sure to ask for the recipe. He might not be willing to share it at first, but he has got a thing for crazy hats so have one or two ready to trade. It is definately worth it!

8. CHRISTMASLIGHTS AND MIXTAPES
Every year Daniel travels to NYC to buy mixtapes (and some christmaslights for his garden). This is a song about what happened last time he came to the bustling city on the westcoast.